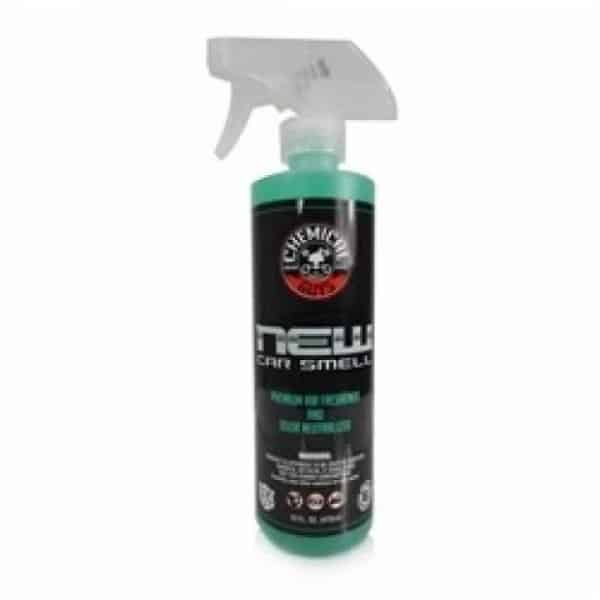 DETAILS
Why Buy This Product?

What Esquire Magazine Had to Say

“HUNDREDS OF DIFFERENT CHEMICALS ARE CONTAINED IN CAR-INTERIOR COMPONENTS,” ACCORDING TO JEFF GEARHART, THE ECOLOGY CENTER’S HEATHCAR.ORG RESEARCH DIRECTOR.
“They range from smells you would more commonly associate with paints and solvents to adhesives. It’s really a complex chemical cocktail mixture from all these multiple sources that you smell floating around in the air.”

The VP of Marketing for Chemical Guys, whose new-car air freshener is designed to mimic the new-car scent, notes, “If you go to a factory, you’ll notice most people who assemble cars wear a mask. They have a mask because they’re constantly made to smell the new-car smell. That smell is not necessarily healthy for you. Most of those odors are VOCs, volatile organic compounds. All of our fragrances are naturally derived, combined to emulate a new-car smell without being bad for you.”

What a new-car smells like, as you read above, is tough to define. Most people associate a new car smell with happiness. Maybe they remember the first time their parents got a new car, and took long drives with them. Maybe they remember getting that first real job where they could afford to buy a new car for themselves. Either way, the smell is a happy one, and don’t we all just want to be a little bit happier?

THE NEW CAR SMELL PREMIUM AIR FRESHENER & ODOR ELIMINATOR CAN BE USED IN CONJUNCTION WITH FLUSHING YOUR VEHICLE’S AC SYSTEM.

Where it Can be Used

CARS, BOATS, HOTELS, RESTAURANTS, OUTSIDE, ON CARPETS AND UPHOLSTERY AND MORE.
Use on carpet, seats, the trunk, air vents – anywhere that needs a new clean scent. 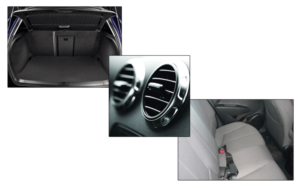 Fragrances have served many purposes historically, from masking unpleasant odors to encouraging attention from members of the opposite sex. One of the greatest uses, however, is that of aromatherapy, or effectively improving the state of mind and body. Whether you car is a year old or 20 years old, nothing will make you feel better then sitting in it, closing your eyes and smelling what it would have smelled like when it was brand new on the lot. Make your car happy – make it smell like new again.